Study Abroad Will Prepare You for the Real World 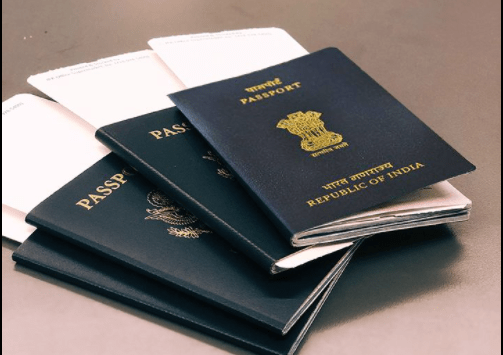 Have you ever heard the phrase, “Everything happens for a reason.” Well if you haven’t, I’m sure you have. It’s one of those phrases that has become popular with people who want to make sense of things that have happened to them or just make sense in general. In other words, it is something we tell ourselves so we can feel better about things that are less than ideal. But sometimes these phrases actually apply to real life situations and events in our lives.

And I believe studying abroad is one of those times when this phrase applies perfectly. When I began my study abroad experience at UIC Barcelona, Spain last Fall Semester I knew it would be an opportunity to learn a new culture and language while experiencing Europe’s most exciting city over four months. I am taking a gap year this semester and was very excited to visit Spain, but when I arrived in Barcelona it wasn’t what I expected.

I didn’t want to study abroad in Barcelona because of all the beautiful picturesque pictures that I kept seeing on Pinterest and Facebook. In my mind, I thought Barcelona would be like Paris, with a beach and all these European chic cafes. In reality, it was much different than what I had envisioned. Instead of being excited about the city itself, this realization actually made me anxious at first because it wasn’t what i wanted or expected. The only thing that could have prepared me for this situation is if i had studied abroad in another place (like Paris), then maybe my expectations wouldn’t have been so high for Barcelona? But since i hadn’t studied abroad yet… well you know where this is going right?

The more time went on during my study abroad experience here in Barcelona the more comfortable I became with myself as well as with Spanish culture everyday. Sure there are some days where our apartment lights will turn off and not come back on until morning, or when our shower water isn’t hot enough to take a shower without freezing while showering…. but those things never bothered me too much because they were just “part of life” here in Spain (or Europe).

One day last week we found out our apartment’s electricity would get shut off literally 4 hours before everyone woke up for class. I was a little upset and I could feel my anxiety starting to kick in. But luckily for me, my roommates were calm and kept telling me that everything would be ok. They told me if this happened, we just had to go down the street to get Starbucks and charge our phones there until the power got turned back on later that day. They told me not to stress out about it because it was just an inconvenience at the moment…. no biggie!

Well I started thinking about how if this happened back home in Chicago, i would have panicked!! I would have texted my mom or called her right away asking her what i should do! It’s funny because even though you can Skype with your friends or family while studying abroad, sometimes you still need them physically around especially when something like this happens. When you are studying abroad, your family or friends aren’t always there when something unexpected happens (hence why they call them “unexpected” things) but they are on your mind constantly sitting at home wishing they were here with you to help deal with whatever comes next! This is really hard for anyone who has never studied abroad before….

The struggle is real people!! But during times like these when things don’t go as planned it helps so much if you have someone there who knows exactly what’s going on and can reassure you that everything will be fine 🙂 Staying calm during unexpected situations makes all the difference.

I am now learning that no matter what happens while studying abroad, I will always have someone there to help me get through it and keep me calm. Studying abroad has helped me become more independent, but it also has helped me become a stronger person because of the people I meet and activities I do with them. As a young adult, everyday is an opportunity to learn from other people and experiences.

Studying abroad is one of the best ways to challenge yourself while meeting new people from all over the world! This is why studying abroad will prepare you for life in general. It’s not just about learning a language or visiting another country… It’s about truly experiencing another culture, making friends that are like family, and realizing how big my world really is!