The Lawyer, the Policeman, and the Priest Walk Into a Bar… 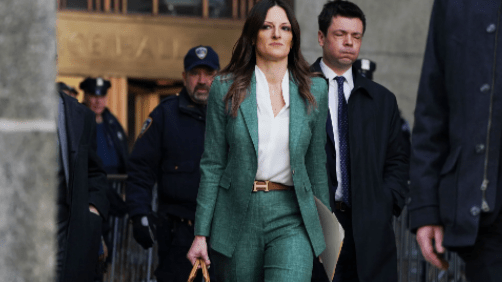 Lawyers are the best. I have had a really great time with a bunch of them over the past couple of years. I’ve learned about their world and how it is both similar to and different from mine. They work hard, which is something I know only too well from my own experience as a sales rep at Microsoft, where, as you can imagine, we worked really hard just to make sure our customers were happy (and we still do). The lawyers that I have gotten to know have all been extremely smart and extremely dedicated people who work very hard for their clients.

Most people think that lawyers are nothing more than money-grubbing individuals who don’t care about anything other than making money; however, this isn’t necessarily true because they also love what they do as well – not just the monetary rewards but also helping people with legal issues within their personal or business lives. I found a good lawyer because I did my research and used a few connections that I have, as well as looking online for attorneys with good reviews.

I remember the first time I ever wanted to go to law school; it was in eighth grade. We had a unit on government and politics, and we learned about the three branches of government: executive, legislative, and judicial. In our class discussion about these branches of government, we talked about how we could each be one of these three people – the president (executive), the senator (legislative), or a judge (judicial). When I thought about it more later on in high school, I figured out that there were other ways to be involved in these areas if you didn’t want to be president or a senator. You could become an attorney or even just a police officer/policeman! Either way, you would be involved with helping people with their legal issues within your personal or business lives.

So, when I realized that there were ways to be involved in the legal system without pursuing a career as a lawyer, I started doing some research. I watched a couple of shows on Netflix about policemen and detectives (True Detective was one of them), then I read about police officers and their different jobs. This made me wonder how many other people wanted to become police officers just because they liked watching shows like this or reading crime fiction novels where the main character was a detective or policeman? Or did they really want to help others with their daily legal issues within their personal or business lives? Both are noble professions, but it’s important to make sure you’re going into one of them for the right reasons.

When my father told me that he was looking into becoming an attorney at one point in his life before my mother died, he didn’t know what kind of law he wanted to practice yet. He only knew that it would involve helping people with legal issues within their personal or business lives. It was just before he met my mother and got into the police academy. He knew that he would need to make a lot of money to support my mom and me, so taking the police officer route wasn’t an option for him. He had never even been inside a courtroom before, but one day he decided to take a tour of the courthouse where his brother worked as an attorney in family law. When I asked him why, he said it was because “he might see some girls there.” This is ironic because today they are both attorneys who help people with legal issues within their personal or business lives!

I’m happy that my father took that tour because it changed his life forever (in the best possible way). The more I think about this story from my father’s perspective, I realize how much work goes into being an attorney – even though you may have just read about what your Uncle Jerry does at his job all day long after watching Law & Order for years. Every case is different; every client is different; and you’re always learning something new because every case has its own set of facts which will lead you down its own path through the legal system (if it even goes there). If you want to become an attorney, be prepared!

On another note regarding lawyers: be careful when making fun of them in public or online! You may not want others judging your profession by constantly trolling them on social media sites like Facebook or Twitter.

Lawyers are awesome. They love what they do and want to help people with their legal issues within their personal or business lives – just like you!

Have a great day, everyone!

Also read 3 Things to Consider Before Renovating Your Office