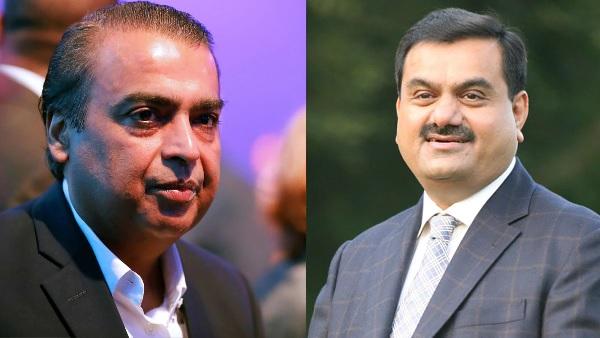 There has always been a cutthroat competition between Gautam Adani and Mukesh Ambani for the number 1 Billionaire in India and Asia. The two have always competed with each other for this position by noting every single move of each other. While Mukesh Ambani made it to the top of the list of India’s richest Billionaires by Forbes this year, Gautam Adani managed to stay at the second position.

How The Conflict Keeps Worsening Between The Two?

The net worth of the two individuals has stayed close, and the two have been changing places for the richest billionaire in India. However, Ambani managed to beat Adani with a net worth of $90.7 billion when Adani stood at $90 billion. From the same state of Gujarat, both keep clashing with each other when it comes to wealth.

Adani group has been discussing buying a stake in Saudi Aramco from its public investment fund and linking this investment to an asset swap just a few months after Reliance closed the deal of selling a 20% stake of its company to the Saudi company for about $20 billion – $25 billion worth shares of Aramco. In this deal, Ambani got the chairman of Aramco to join the board of directors of Reliance as an independent director in 2021.

The partnership between Aramco and Reliance makes more sense because Reliance has the largest refining complex globally, and Aramco is the number one producer of Crude Oil. However, this has not stopped Adani from wanting to join the petrochemical industry. He has put up a $4 billion complex near his port in Gujarat and has collaborated with BASF SE, Abu Dhabi National Oil Co., and Borealis.

Adani has focused on Hydrocarbon Coal, but he knows that it is not the future, so he plans to extend his game to Solar Power. Adani has set up his petrochemicals subsidiary and is trying to compete with the cash flows that Ambani is earning from his refinery.

Aramco planned to partner with Adnoc back in 2018 to open its refinery in India. However, the project shut down and has not been revived ever since. If Adani group grabs this opportunity to partner with Aramco and help them open a refinery of their own, it would take Adani group’s partnership with Aramco to great heights as they have already been trying to buy a stake in it.

As an investor, the battle between Ambani and Adani must seem very thrilling to you. Well, it does to us. The analysts and investors are all waiting for a confrontation between the two where we would be able to understand where the cutthroat competition is going to lead their respective companies. While Adani’s company has been famous in the international debt market, Ambani has tried to get his company out of debt and leverage. These two have acquired smaller firms to reduce competition in the competition between two. With a close net worth, they are still competing to grab the position of India and Asia’s number one billionaire.